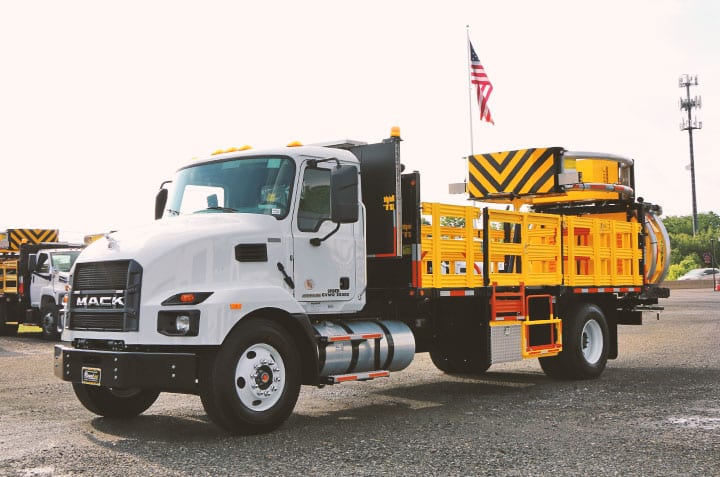 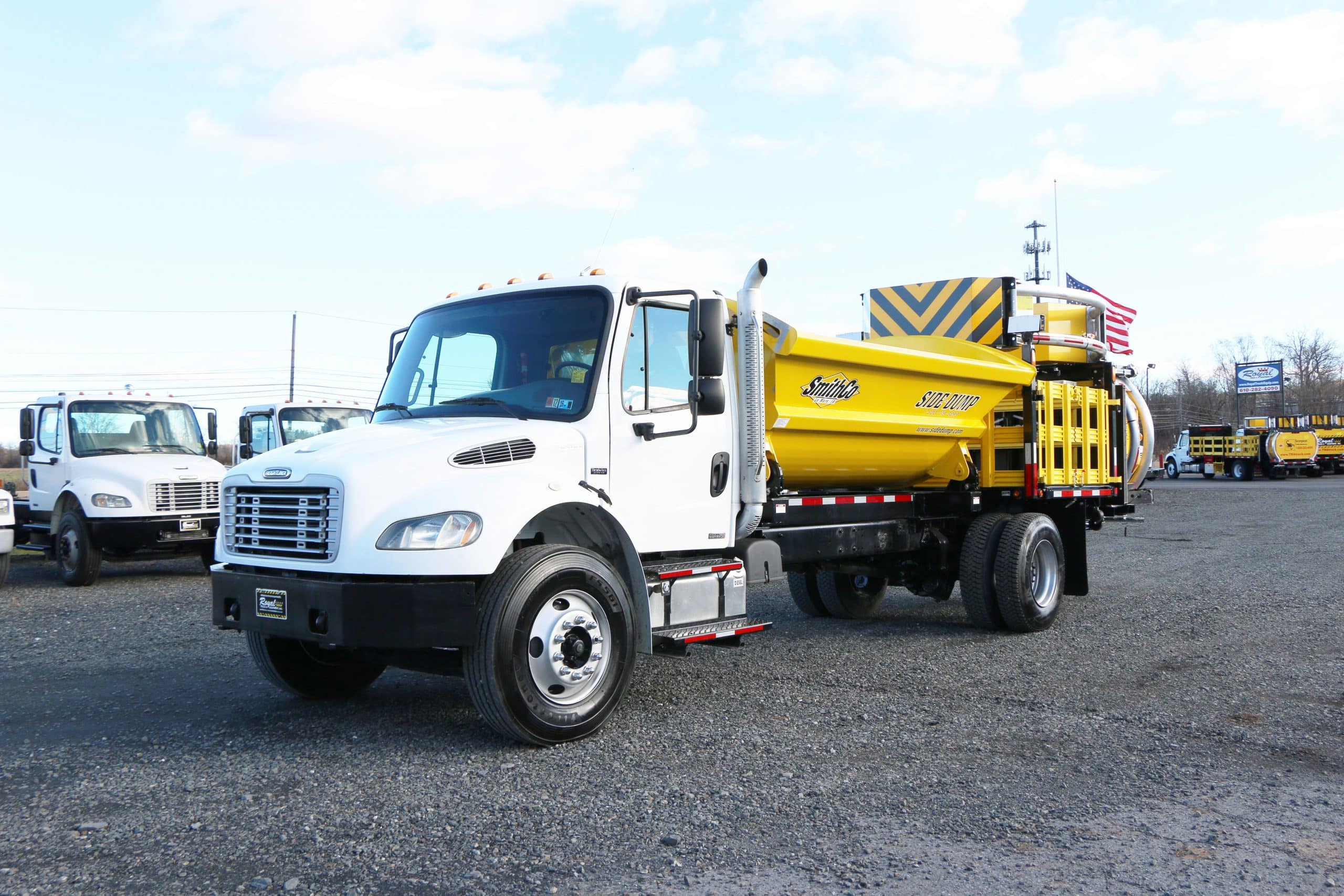 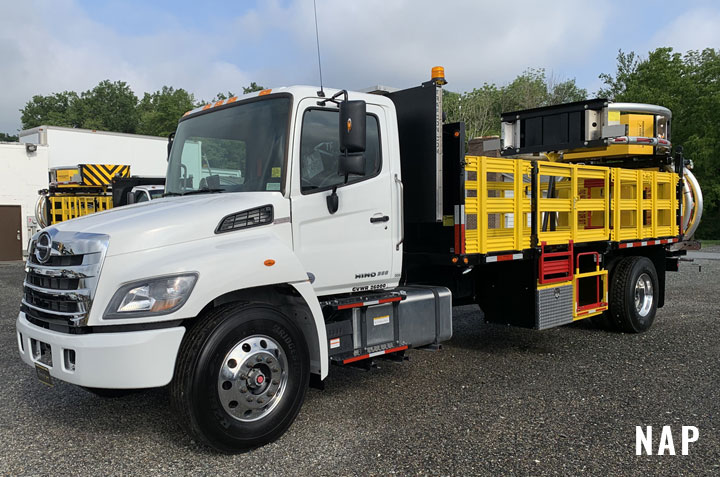 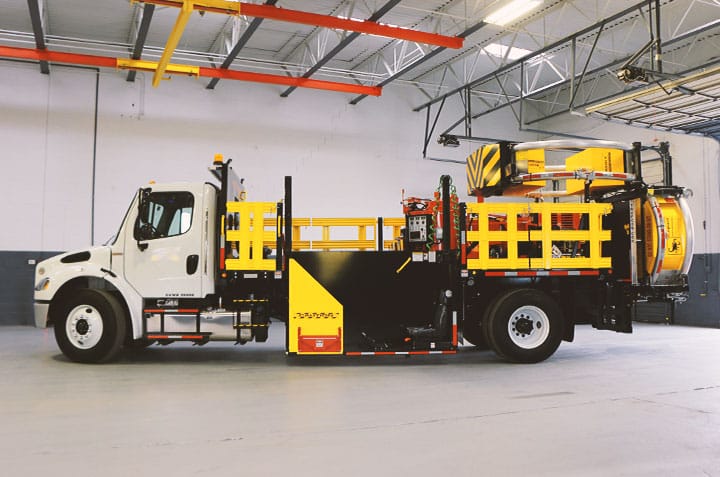 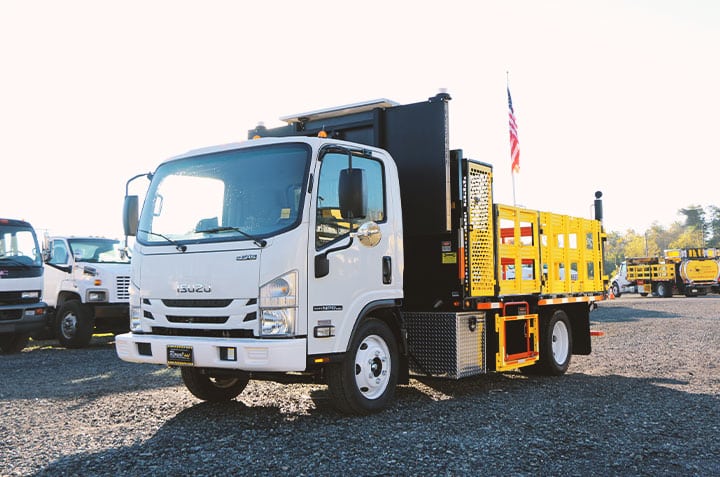 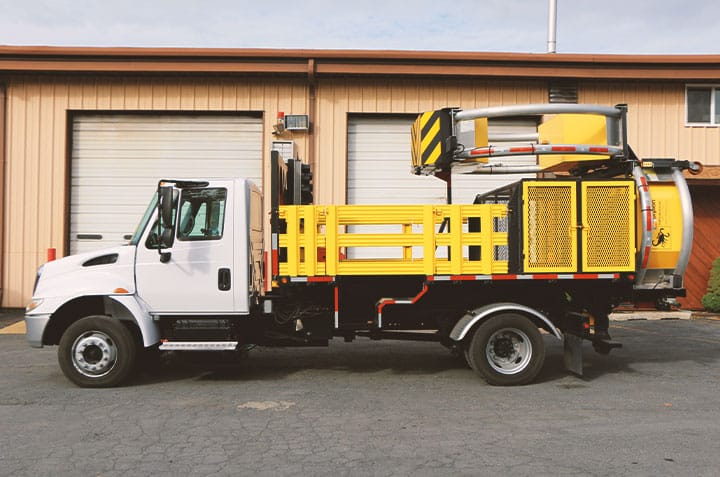 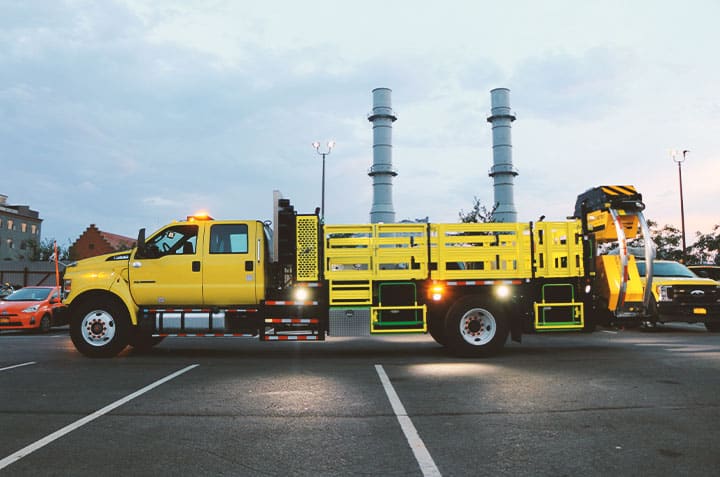 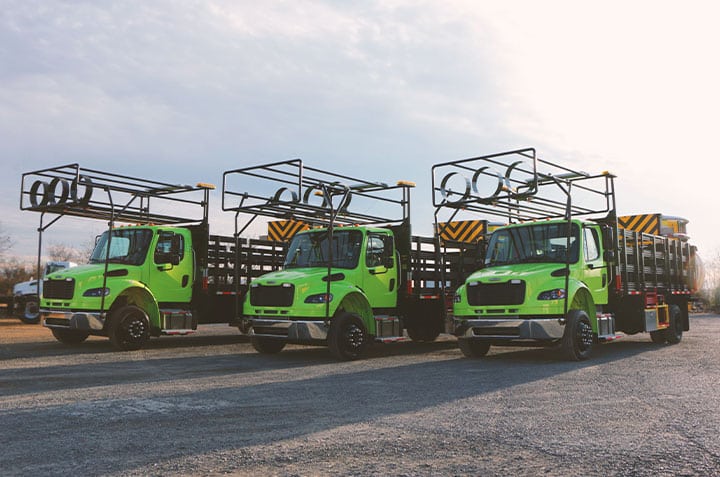 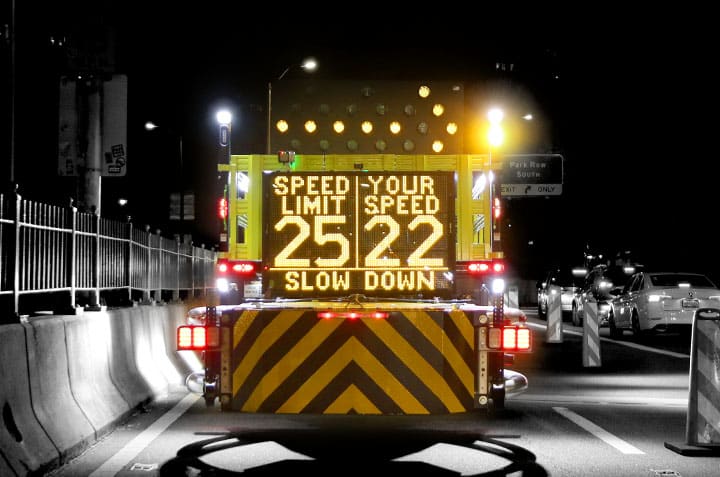 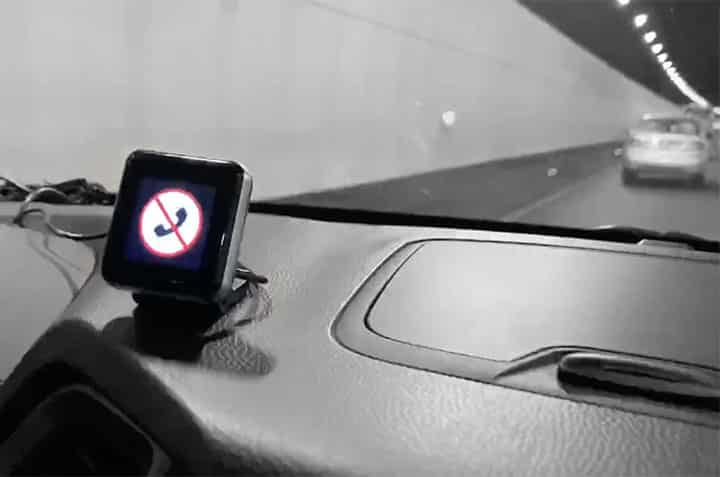 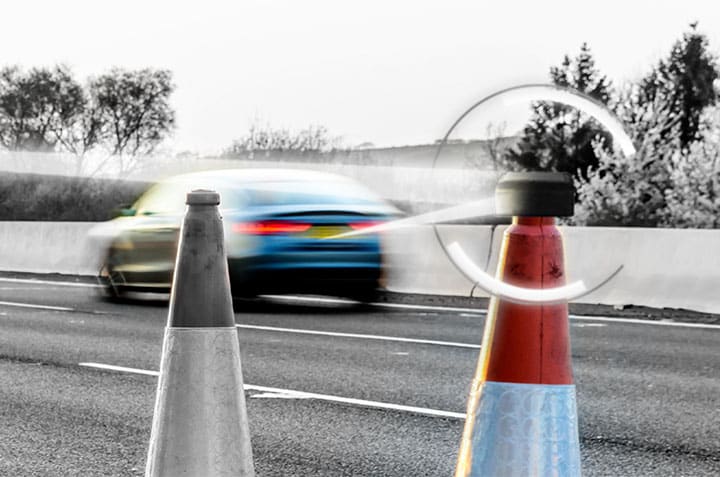 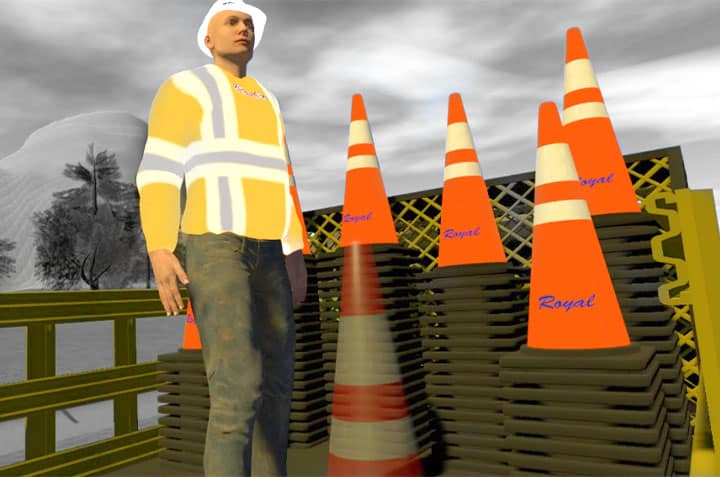 If you’ve worked in highway construction and maintenance, you’re probably familiar with the tools of the trade.  If you’re new to the industry (or just a little rusty), get ready for a crash course in TMA trucks.

TMA stands for Truck Mounted Attenuator.  An attenuator is the kinetic absorption device that absorbs impact when hit.  In simple terms, it’s a crash cushion that is mounted to the rear of a safety truck.  This cushion is specially engineered to absorb impact when hit, which protects the crew working in front of the truck and reduces the force applied to the driver of the impact vehicle.

2. ARE THERE OTHER NAMES FOR IT?

Yes, and the list is nearly endless.  The most common are crash truck, hero truck and shadow vehicle.  Here are a few more you may have heard:

3. WHAT ARE COMMON USES?

Traditionally, TMA trucks have been used in a wide range of roadway projects including line striping, traffic control, flagging operations, and mowing.  Some other common uses include:

The TMA truck is literally the difference between life and death.  TMA trucks serve as a protective barrier between the traveling public and crews working on the highway.  With motorists generally becoming more distracted while driving (due in some part to the increase in mobile technology), highway construction zones have become increasingly dangerous for the men and women who work in them.  Additionally, with the frequency of nighttime operations increasing, drivers falling asleep is also becoming a major cause of work zone crashes.  To put it into perspective, there were 799 fatalities in work zones in 2017 in the United States, which represented a 10-year high. Read more about it at Work Zone Safety.org.  Without a TMA truck protecting the workers, a distracted driver could enter a work zone, putting the crew in the direct line of fire of the errant vehicle.

TMA trucks are designed not only to protect workers by blocking and taking the impact of an errant vehicle but they also protect the driver of the impacting vehicle.  When an impacting vehicle strikes the attenuator on the truck, significant G-Force is generated from the collision.  While each attenuator operates differently (see "Scorpion" attenuator vs "Blade" attenuator), they are all designed to absorb the kinetic energy and G-Force that the impacting driver would normally experience.  This reduces the likelihood of the driver being seriously harmed or even killed in the impact.

6. IS A TMA ALWAYS REQUIRED IN WORK ZONES?

Although TMA trucks have been proven to save lives in both stationary and moving work zones, unfortunately not all states require them.  Each state has its own regulations regarding the use of TMA trucks in work zones.  While states still have the authority to set their own rules, build and usage regulations are generally trending towards being stricter in recent years.  If you need more information about regulations in your state, or a state where you are setting up a work zone, you can request a copy of our Attenuator Truck Regulations Book.

Let us help you stay up to date on changing regulations, truck inventory, availabliltiy, user guide updates, and more! 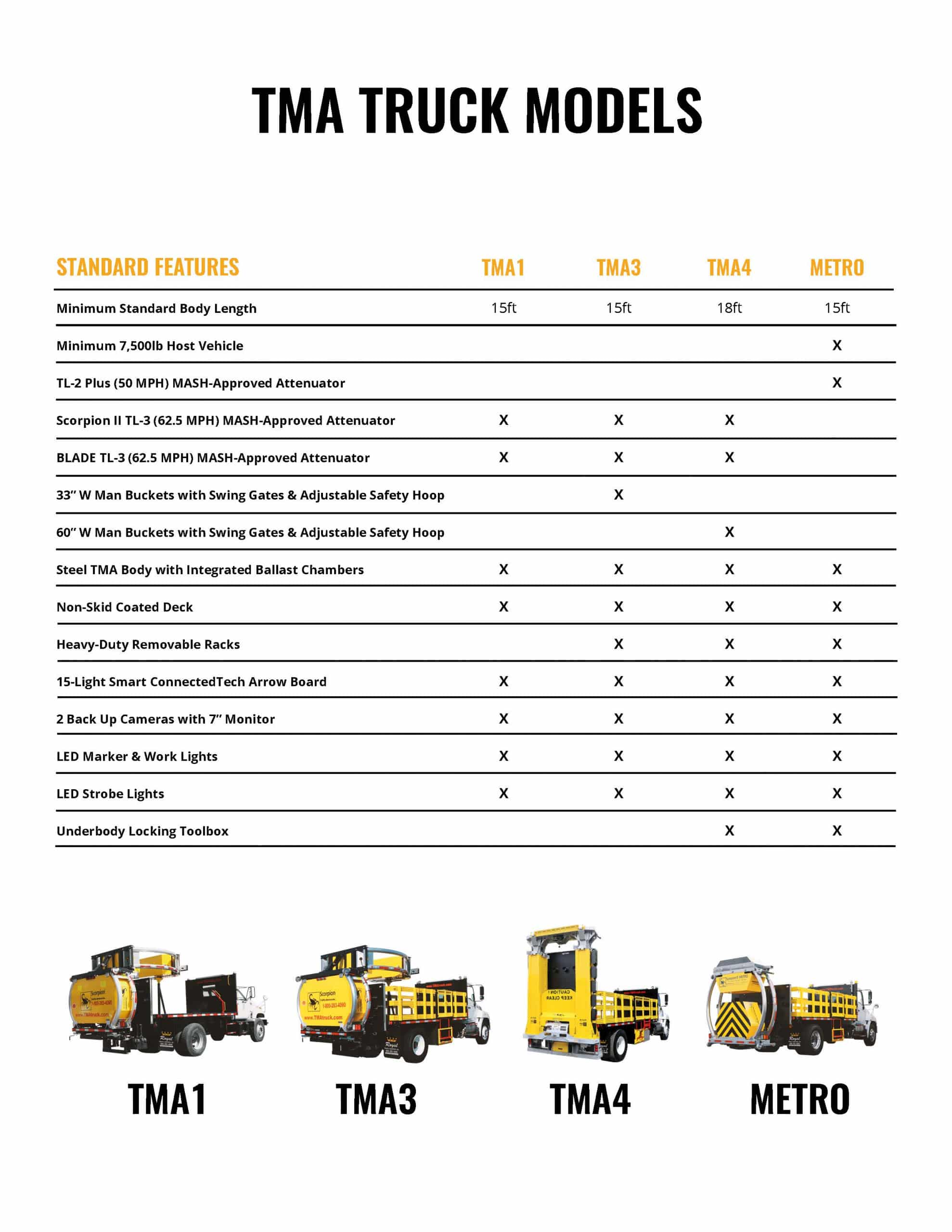