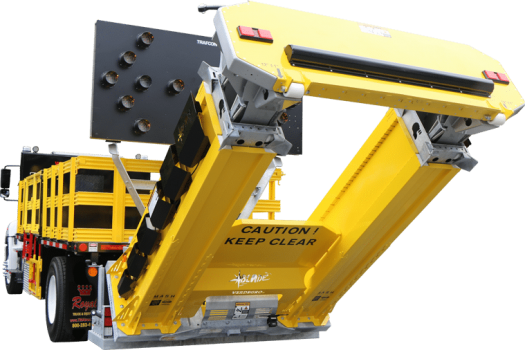 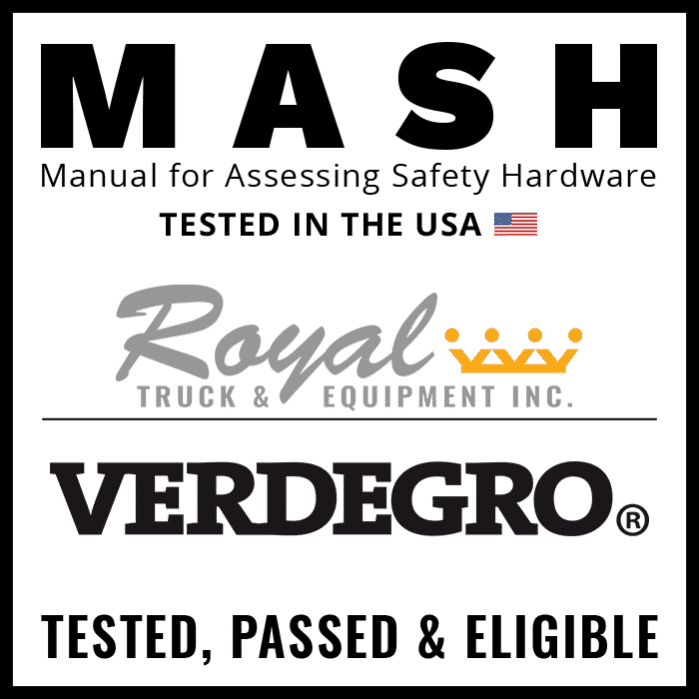 What Makes the BLADE TMA Special

Unlike other attenuators, the BLADE TMA is stowed completely vertical on the back of your truck.  This gives you the entire length of the bed to transport cones and barrels to and from your operations, thus earning the title of the industry’s newest vertical solution. When stowed, the BLADE measures 12 feet 11 inches in height.

When deployed, the attenuator measures in at 19 feet 4 inches in length with a width of 7 feet 6.7 inches.  What you will initially notice when examining the attenuator in person is that it is noticeably longer than many other attenuators on the market today.  While appearing different than others, the BLADE truck mounted attenuator has passed all necessary tests, of which many other attenuators have not.  In fact, the BLADE’s length may actually make your work zone safer by forcing the impact slightly further away from the work crew.

In terms of the width, the BLADE’s width is approximately the same as the width of the body of most trucks.  While initially this may seem insignificant, this is actually a crucial part of the safeness of a TMA truck.  If the attenuator is less wide than the body of the truck, there is an increased likelihood the impacting vehicle may run into the corner of the body of the truck.  Hitting this corner, aptly known as the “coffin corner,” often leads to significant injury or death for the driver of the impacting vehicle.  As such, the BLADE’s width is actually very beneficial to the TMA truck’s safety as a whole.

Get Your Blade Today!

What does MASH Approved mean?

AASHTO’s Manual for Assessing Safety Hardware, otherwise known as MASH, is a direct replacement to National Cooperative Highway Research Program Report 350 (NCHRP 350) in providing guidelines for testing truck mounted attenuators.  The changes made to the original tests, including increasing the weight of impacting vehicles and mandating to formally optional tests, were put in place to better simulate present day crashes.

To learn more about MASH and how it will impact the TMA trucks in your fleet, click here to read more! 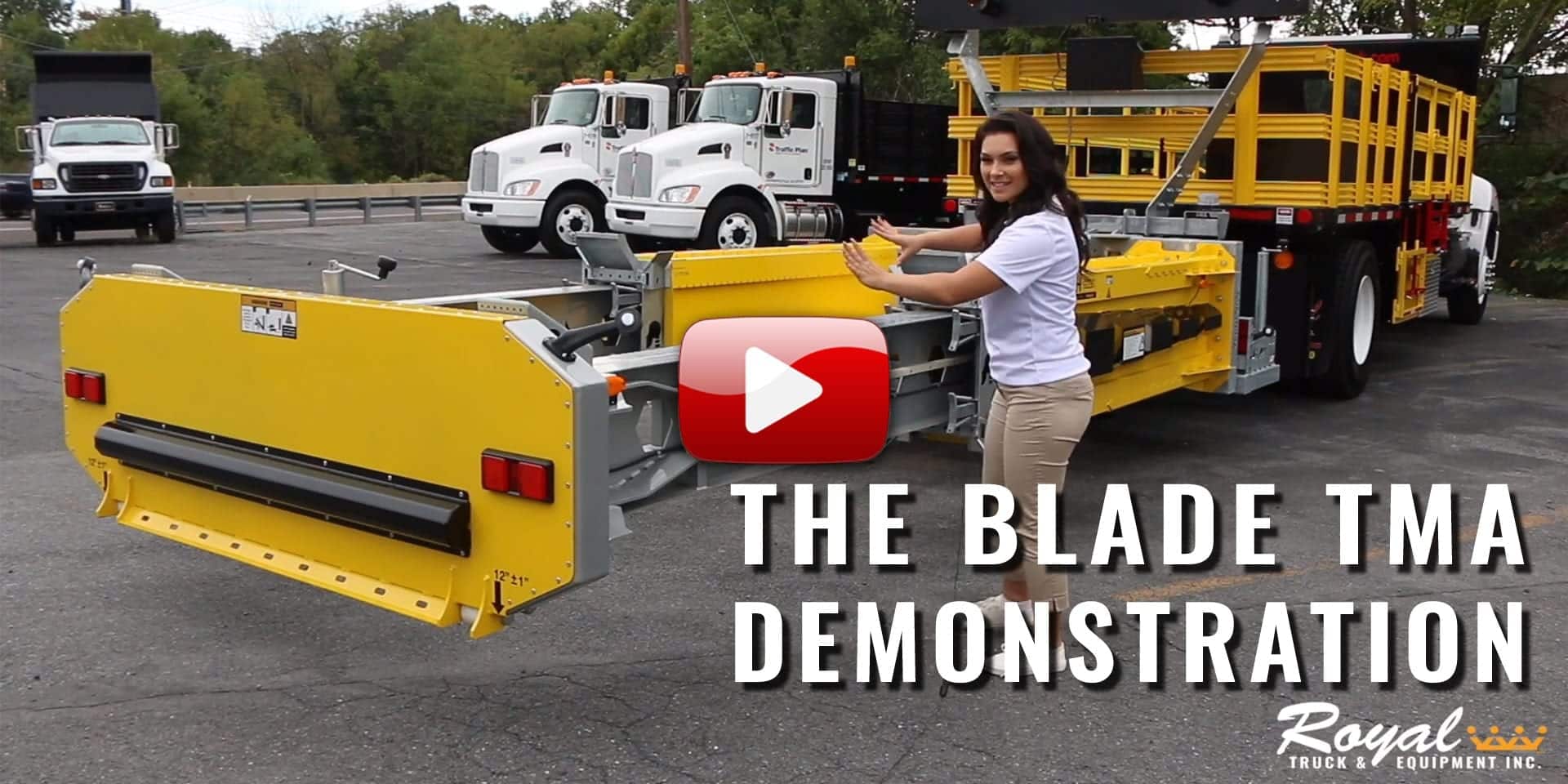 GET YOUR BLADE TMA

Where can I see the BLADE TMA? 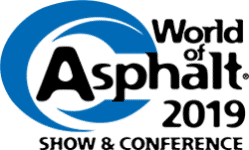 Simply put, for a TMA to be MASH approved, it must be deemed safe not only for the impacting driver but also the driver of the TMA truck.  When the collision occurs, both drivers experience a sudden increase in G-Force, or gravitational force, on their bodies due to the force of the impact.  If the body experiences too much G-Force, there are several negative outcomes… with the most severe non-fatal response being unconsciousness, also referred to as “G-LOC, aka G-induced loss of consciousness.”

Because of the negative effects of increased G-Force on the body, one of the things MASH tests for is just how much force is delivered to the occupant.  In fact, the MASH testing guidelines specify that “Longitudinal & lateral occupant ridedown accelerations (ORA) should fall below the preferred value of 15.0 g, or at least below the maximum allowed value of 20.49 g.”

As a MASH approved TMA, you should know that Verdegro’s BLADE tested below the maximum allowed value for longitudinal & lateral occupant ridedown accelerations. What you may not know though is that the BLADE TMA had all test results below the preferred value of 15.0g, making it one of the safest TMAs on the market. 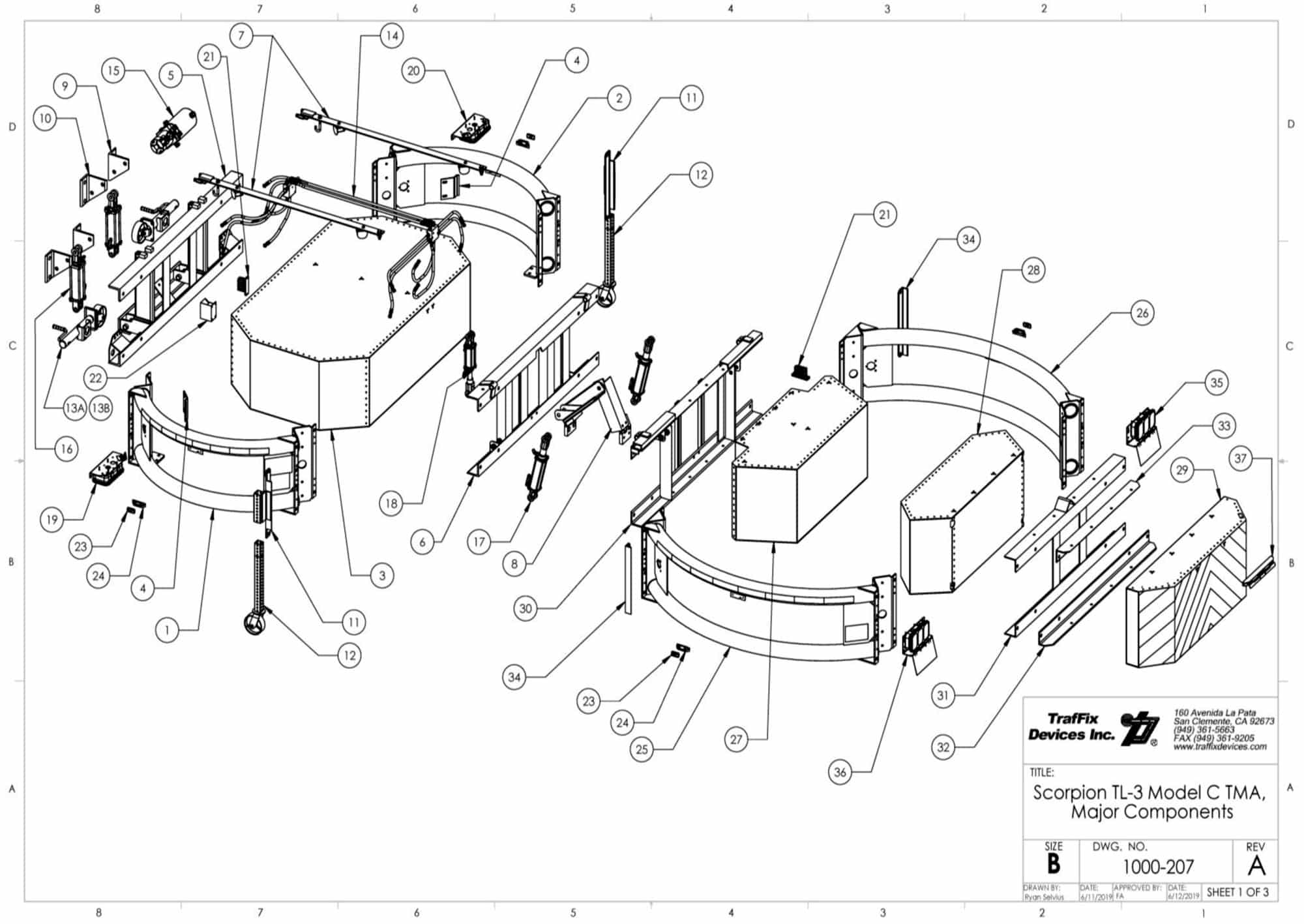